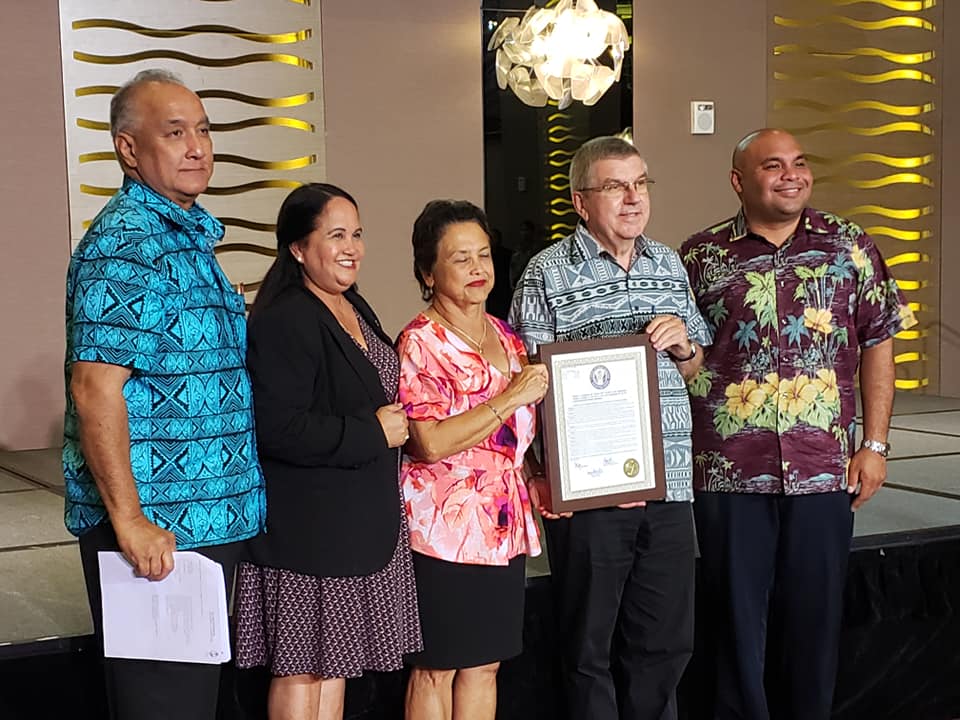 We are thrilled that IOC President Bach will be visiting us on Guam,” said Blas. “For someone of his stature in the Olympic realm to spend time with our athletes is very inspiring,” the GNOC president added.

"President Bach will also toured GNOC facilities, and met with GNOC Athlete’s Commission athletes on Saturday before he and his party depart for Hong Kong," said Blas, President GNOC.

Whilst in Guam, a dinner reception was held in Bach’s honor at the Dusit Thani Hotel. Presidents of Guam’s sports federations, members of the community and key sponsors will be in attendance, as well as Gov. Lou Leon Guerrero and Lt. Gov. Josh Tenorio.

In 1987 the first visit of the International Olympic President (then Juan Antonio Samaranch) to welcome Guam to the Olympic Family and made three subsequent visits after that.