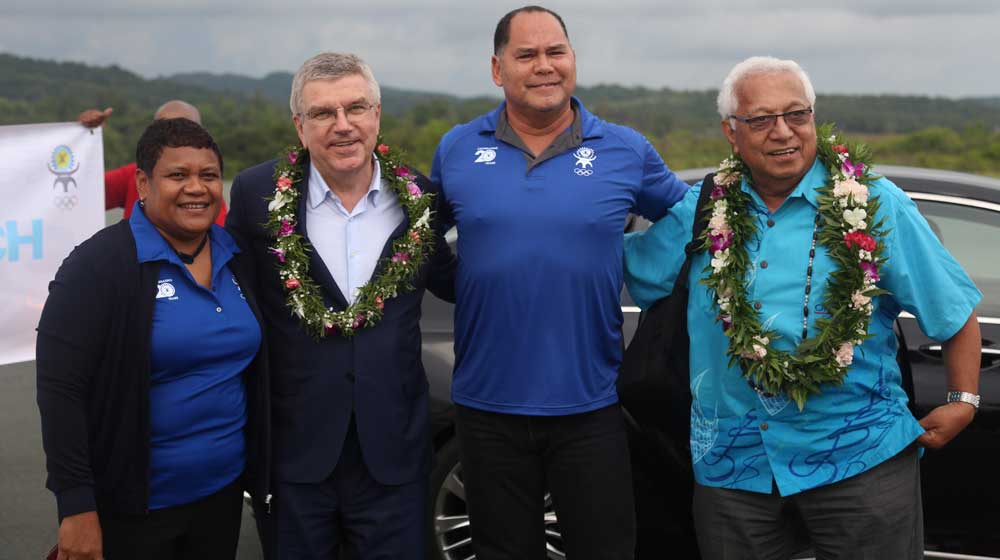 Thomas Bach, President, International Olympic Committee (IOC) makes a short visit to Palau, Thursday 9th-10th May 10th, 2019. Thomas Bach is from Germany, and studied in law and politics, University of Würzburg (Germany) (1973-1978); Further Law formation (1978-1982); Ph.D. in Law (1983). Bach is a former foil fencer who competed for West Germany. He won a team gold medal at the 1976 Summer Olympics, as well as silver, gold, and bronze team medals at the 1973, 1977 and 1979 world championships, respectively. Bach is the ninth and current President of the International Olympic Committee, and a former member of the German Olympic Sports Confederation Executive Board. Bach was elected to an eight-year term as IOC President at the 125th IOC Session in Buenos Aires on 10 September 2013.

On 10th May 2019, Bach was welcomed at a Congressional Joint Session at Palau Capitol In Ngerulmud and delivered his statement at the Joint Session. Bach will have an opportunity to visit Palau World Heritage Site of Rock Island Southern Lagoon, before he departs the country Friday May 10th, to Guam to continue his Pacific visit.

President Remengesau presented a certificate bestowing Mr. Bach with the honorary name of Ngirngemelas, Palau's bravest warrior. Ngirngemelas is bestowed to President Bach for his courage, commitment and contributions to the Youth and the People of the Republic of Palau through Sport and Olympic Programs.