Heat mitigation top of the agenda at Tokyo 2020 seminar 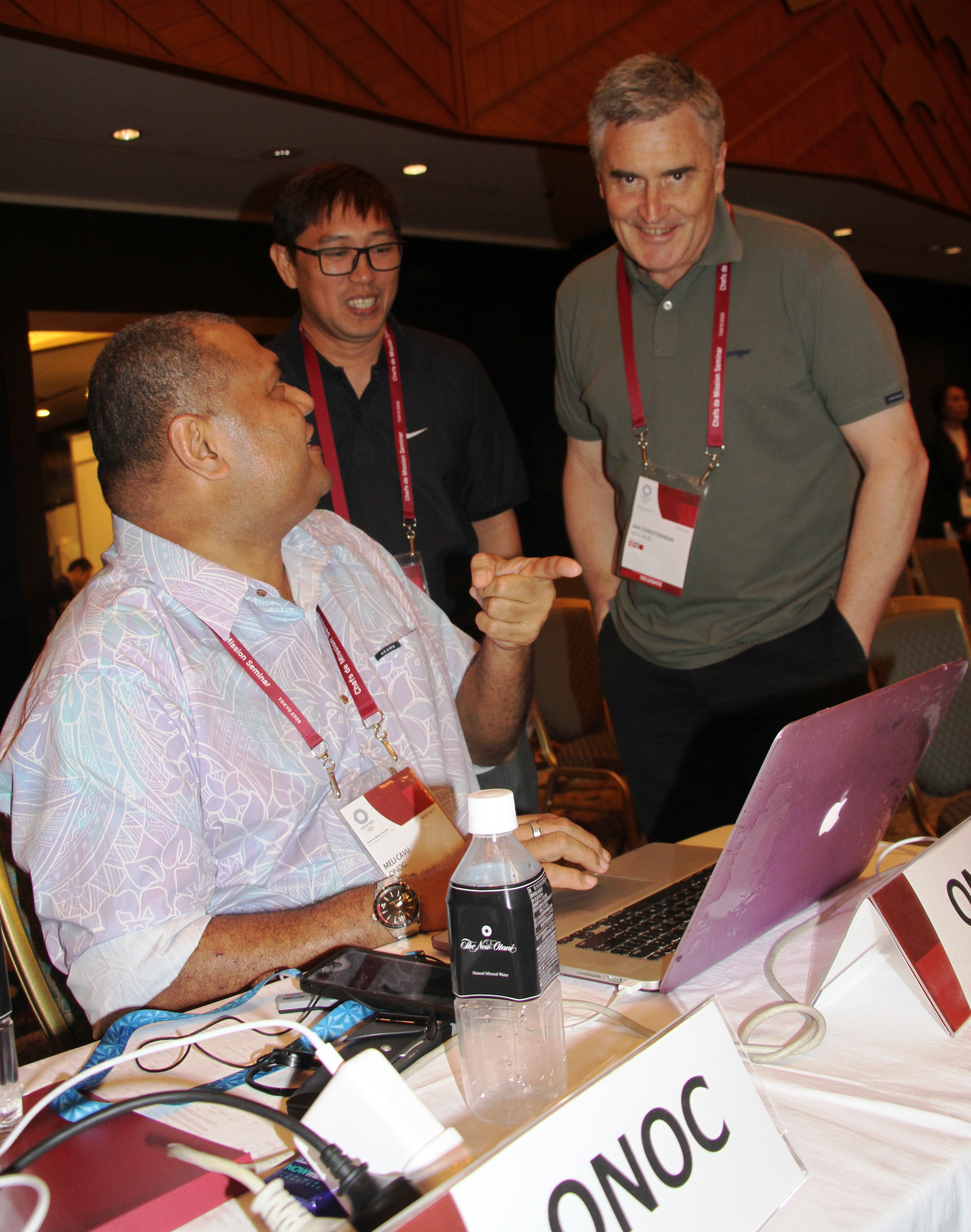 (ONOC MEDIA) – Heat mitigation during the summer Games has been a major discussion point at the Chefs de Mission (CDM) Seminar currently underway in Tokyo, Japan.

A year out, it is impossible to forecast what the exact weather may be, but historical trends can paint a picture for what fans and athletes can expect during a typical Tokyo summer from July 24 to Aug. 9, the dates of next year's Games.  Typically highs during the period are in the middle 80s (28-29 C) and lows are typically in the low 70s (around 23 C) AccuWeather Online reports.

“What’s been coming out of the discussions across the 3 days is the concentration on heat mitigation and it’s really good to see that across all functional areas everyone’s really aware of that aspect,” Chesterman told ONOC Media.

“Once the athletes finish competing they will also need to go through the mixed zone so who are looking after them there,”? Chesterman said.

In response, the Tokyo 2020 Organising Committee has committed to working with all NOCs regarding implementation of their own counter measures.

Chesterman who has been CDM for Australian at six Winter Olympics says that the Seminar is very useful and relevant for not just his team but the national sports federations as well.

“I think it’s just really great to get all the feedback from all the resident experts who will be running the Games and also from the International Olympic Committee (IOC) and the really interesting thing is also having to get immediate responses to the questions that we have and just the deeper interactions between the Organising Committee and the NOCs that are here this week,” Chesterman commented.

Team Australia has previously stepped up to assist the smaller Oceania NOC’s through a shared-services program during Games time, something Chesterman is very keen on continuing.

“We would very much like to work with our Oceania friends as this is something that was done in past summer Olympic Games and we are certainly very happy to look at ideas on how we can work together,” he said.

“I think by working together we can help everybody and that is part of what the Olympic movement is all about, the cooperation spirit between nations.

“Oceania is certainly our regional friend and we look forward to seeing how we can help each other,” he added.

Post-seminar Chesterman says will be very busy and hectic for him. “The next 10 months is going to be exciting and will go very quickly,” he commented.

“We’ve got a very big team of about 35 different sports and disciplines and we could have between 440 and 480 athletes and a total delegation size of around 800 people next year.

“There’s lots to do between now and July and all the information we’ve received here we will disseminate to our national federations when we get back to help them prepare their athletes for the Games,” he said.

On a personal note Chesterman said that his role is both an exciting challenge and a huge one as well. “To have so many athletes and so many different sports to look after will require a lot of coordination,” he said.

“My key philosophy is to empower the sports and to develop really good programs for our athletes and to have an athlete-centered focus to allow our athletes to have the “best day” at what I call their “right day” come their competition day and that’s very much my focus to allow sports to operate as much as it can normally.

“I also would like to empower the sports to do their best for their sports, coaches and athletes and for our athletes to walk away really pleased with their performance and their Olympic experience.”